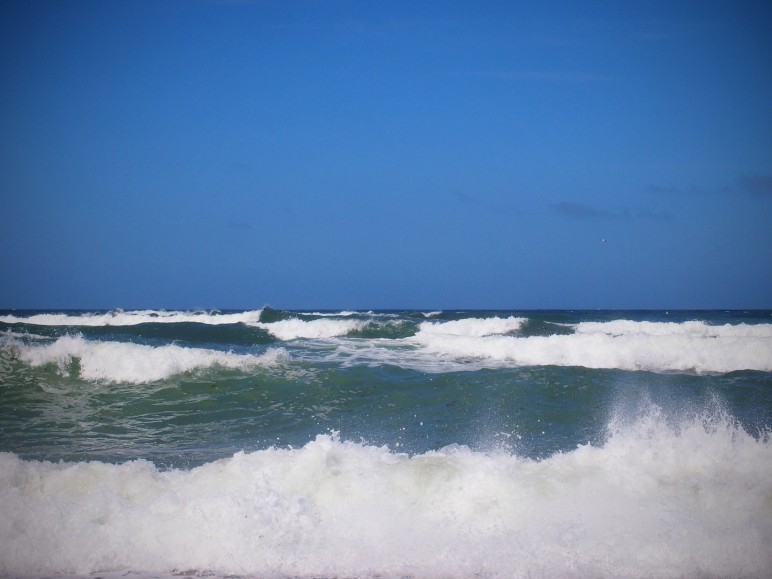 Leaving Norris Point my head was in a fog. I knew where I had to go and I knew how to get there, but my motivation to travel had dwindled. This really wasn’t a surprise, I usually feel this way when I know I’m heading back to reality, but this time the feelings seemed stronger. I really didn’t want to go home.

While reloading my bike after the ferry crossing to Woody Point, I got into a conversation with an American turned Newfoundlander. We discussed the beauty of the area he insisted I travel to the Town of Trout River, one of his favorite places in Gros Morne. When traveling within a specified timeframe, sometimes you need to draw a line and unfortunately, Norris Point was mine. With the hospitality I had become accustomed to in Newfoundland, he offered get his van and drive me there, and was very persuasive with his words. I had no reason to question his description of the place and the beauty it held, but I knew if I went it wouldn’t be a day trip, I would want to stay. With a sincere thank you, an explanation of my situation and the hope that my refusal was not insulting, I traveled on to Deer Lake.

Whenever I struggle with decisions in life, I usually turn to two wheel therapy to help me through and this time was no different. I knew where I was going to camp and I knew where to get water for the night, so my mind was free to go where it wanted, or needed, to go.

When I arrived at my spot on Deer Lake for the night and set up camp, everything started to fall into place. I already wrote about is here in Following the T’Railway along the west coast of Newfoundland – Part 3, so I’m not going to retype, but when I awoke the next morning my direction was clear.

As much as I love riding a bicycle, the ease of hitchhiking makes this option very tempting. With some cardboard, a marker, a little patience and some luck you can travel almost anywhere and are almost guaranteed an interesting experience. While it was tempting to try to hitch my way back to the ferry, I knew I needed to ride, if for no other reason than to burn off the massive amount of calories I consume every day. The wind was blowing pretty hard out of the south, but I told myself I needed to ride to at least Corner Brook and really, there was no reason not to. I took the same route south as I did heading north and after a food restock at the Atlantic superstore, I headed out onto the TCH.

It’s quite a ways between Corner Brook and the ferry, so I didn’t think most locals would travel that distance. I had already made a sign indicating my desire for a ride to Port aux Basque at the visitor information center, the same visitor information center I made my sign for a ride to Gros Morne. The wind was blowing pretty hard out of the south, so my hope was a tourist with a pickup truck would take pity on me, but really I was OK with going anywhere, as long as it was south of where I was. I looked at my map, rode to the southernmost entrance to the TCH from Corner Brook, took my position and it wasn’t long before I saw brake lights and vehicle pulling to the shoulder. My ride wasn’t a tourist, but a local couple from the Codroy Valley and happened to live just down the road from the convenience store I destroyed the chocolate cake at. This ride couldn’t have been more perfect. The Codroy Valley is a beautiful place and I really wanted to see it, but with the weather I had on the way north it was practically invisible. With, once again, the most unbelievable Newfoundland hospitality, I was driven to their house, fed an unbelievable dinner, given directions to the best views of the valley and an offer to stay the night. Having gone through the area before I had a camping spot I really wanted to stay at, so after some great conversation and viewing some photos of what I could expect to see the next day, I was off on the T’Railway. 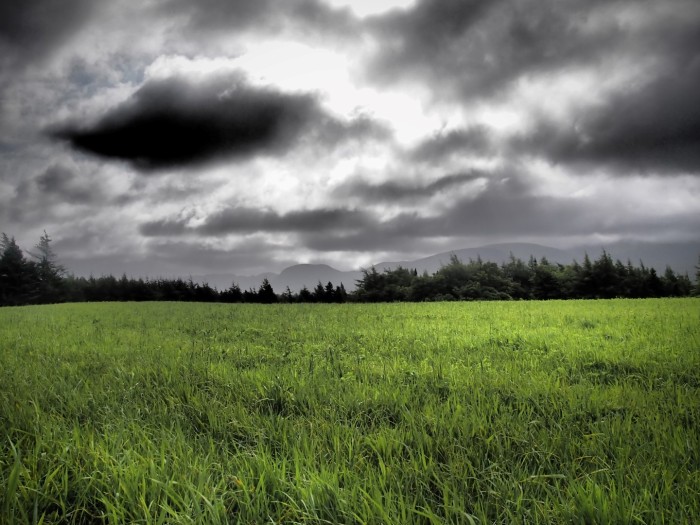 The ferry didn’t depart until 1:00am the following night, or technically morning, so I had plenty of time to cover the 30k or so to Port aux Basque. When I awoke the sky was clearing and after packing up I slowly made my way through The Wreckhouse and on to Red Rocks. 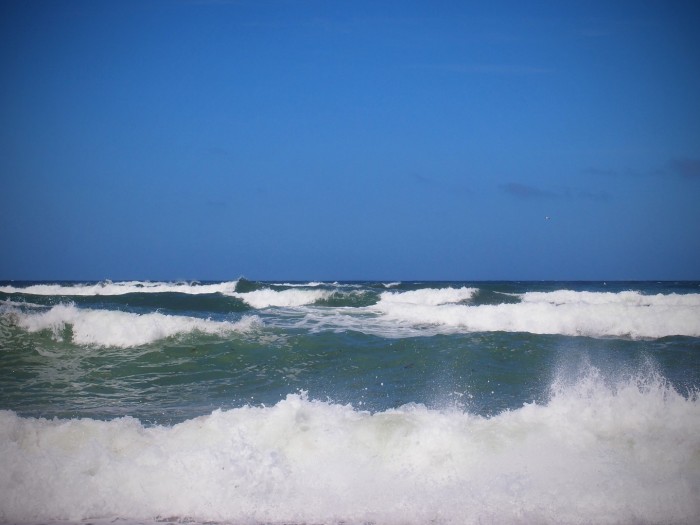 Following the directions I was given, including “go around the gate with the No Trespassing sign”

(in Newfoundland No Trespassing signs seem to be used more as a point of reference than instructions to keep out), I hiked the 20 or so minutes up to the antennas and had the most beautiful views of the valley.

The rest of the day was spent heading south, viewing in the sun what I had viewed in the clouds heading north and by late afternoon I had arrived at the Marine Atlantic ferry terminal, my final destination in Newfoundland.

2 thoughts on “Heading Home – Woody Point to the Newfoundland Ferry”