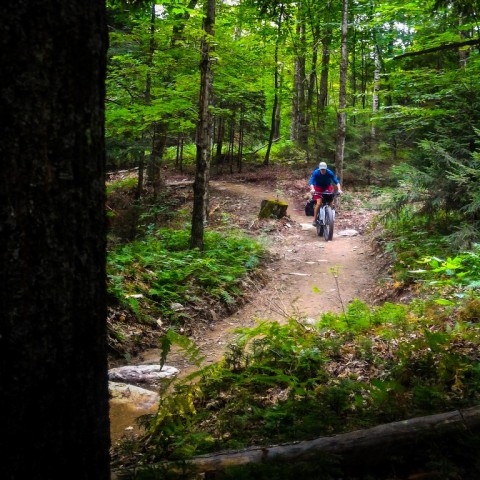 I was back from Alaska for only a couple of days when Jeff, who I rode the Great Divide Mountain Bike Route with last year, mentioned he wanted to ride the XVT and he wanted to leave that weekend. Perfect, enough time to unpack, repair, and repack my gear, with a little time to research the route. The XVT, or XVtBkPkRte as it’s also referred to, is a 300 mile long bikepacking route that runs the length of Vermont, from Whitingham on the Massachusetts border to Derby on the Canada border. It’s the brainchild of Vermonters Dave Tremblay and Dave Blumenthal. Tragically, Dave Blumenthal was killed in a collision with a pickup truck while competing in the 2010 Tour Divide.

While Vermont doesn’t have the big mountains and wide open spaces of the west, it has plenty of rolling hills, lots of forest (about 75% of the state) and not a whole lot of people. And with over 8,000 miles of dirt roads, it has more miles of dirt than pavement. There’s also trails- all different kinds and lots of them. Everyone has their favorite dirt adventure ride and the XVT links up some of the best in the state. But keep those rolling hills in mind, Vermont doesn’t have the 20 mile climbs of the west, but you’ll hit endless short, steep walls that will have you pushing on the shifter praying for one more gear. All total, about 33,000 feet of them along the route, which encompasses some of the best mountain biking in the state, from old school (or skool?) roots, rocks, and mud singletrack, ribbons of smooth, banked pine duff, forest roads, class 4 roads, rural dirt roads, and bike paths; pretty much anything to avoid pavement.

The current record for the XVT is just under 38 hours, set last year by Calvin Decker; Jeff and I planned to take about a week. We also decided to ride fat bikes, a decision I don’t regret, and to ride the route from north to south, opposite how most people have ridden it, but that seems to be a trend for us.

Some notes on the route: 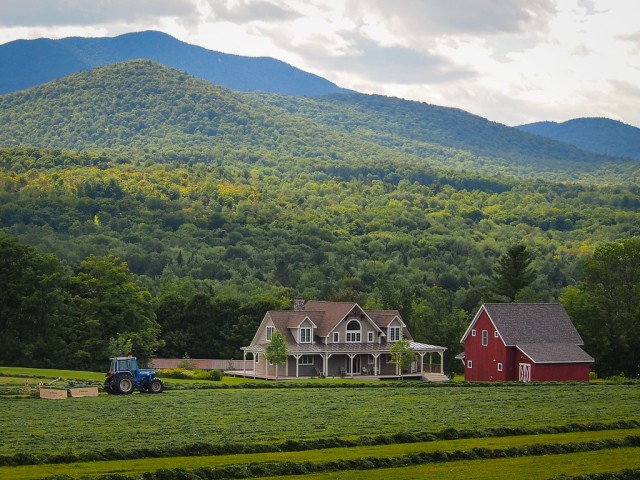 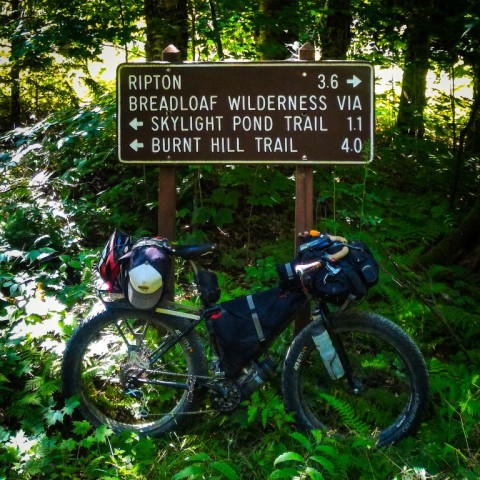 The XVT goes right past Jeff’s house in Ripton and that’s where we decided to end this part of the ride. I have to give a huge thank you to Dave Tremblay and everyone involved in creating this route for all their years of hard work, it’s so much better than I could have ever imagined. To find out more about the XVT, check out the XVtBkPkRte Facebook group, or the Vermont Mountain Bike Association.

Thanks for stopping by; riding the XVT: Part 2 Can Be Found Here.