After a week back in the states I was ready to get on the road. I had planned on taking a series of buses back to Creel to continue where I left off on this trip, but what I really wanted to do was get back in the mountains. After the great experiences I had riding through the Barranca del Cobre region I decided to do the ride I was originally warned not to do, the mountain roads south from Cassas Grandes.

This route has already been written about in great detail by Cass and Anna and besides some additional pavement, it doesn’t seem like much has changed in the past four years. Follow the signs out of Cassas Grandes for Mata Ortiz and about seven kilometers before the town you will see a freshly paved road with virtually no traffic leading into the mountains and a sign for El Largo Maderal.

After around 27 kilometers consisting of a long switchbacking climb to a rolling plateau there is a dirt road on the left, that at least of now has a hand painted sign leading to Joyales. This is the last of the pavement and the last of the signs you will see until you get to El Largo Maderal. The road takes you past some amazing scenery

and through a few tiny towns that time forgot. There is no charging your electronics on this ride; these places are way off the grid. Curiously enough though, many places have a satellite dish perched on the roof, what for I don’t know. There is a small tienda in the town of Joyales with a proprietor that speaks good basic English. It that carries the usual supplies and has a good well to fill up with water, but that’s about it until you get to El Largo Maderal. There is also a good chance that this is one of the last people you will see until you get to El Largo Maderal as well.

There are three routes south through this area; one leading south east from the plateau after Joyales, the second which bares right from the town of Garcia, and the third that goes through the middle of these two routes, which is the one I took.

The climb out of Garcia was long and freshly graded, meaning covered in loose rock.

Not the most enjoyable climb, but the camping at the top, just before the decent to El Largo Maderal made it more than worth it.

In the morning a gradual decent took me into town where I resupplied for the climb back out. From here until La Junta the road is paved, but the traffic is pretty low. I saw maybe a dozen cars between El Largo Maderal and Madera, the next major town on the route. Along the way there is lots of climbing and decending 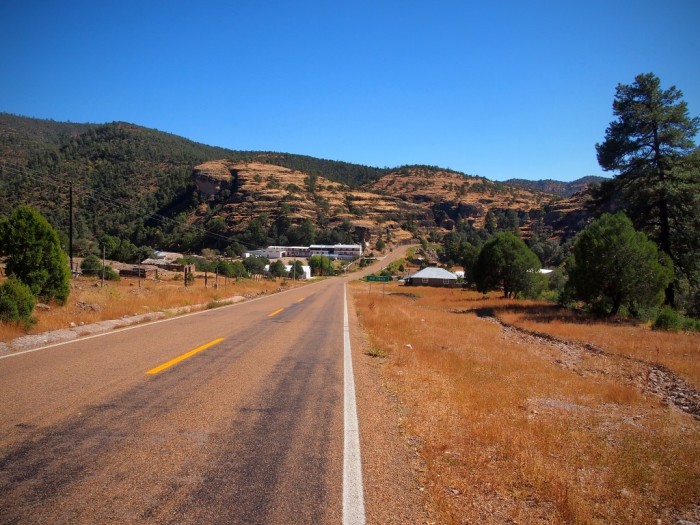 and the archeological sight of 40 Cassas.

I made camp just off the abandoned railroad bed about 17k before Madera and had the loudest cow as a neighbor. This thing had a mooo so loud and so deep that my earplugs didn’t even block the noise, and it moooed all through the night.

After a resupply in Madera and a quick search by the military while leaving town, I rode until I was a little ways before Gurraro and set up camp. 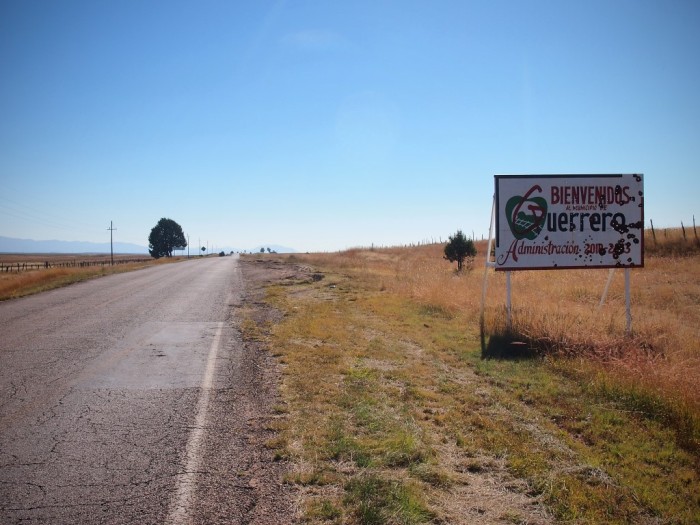 The next day was a short ride, but the traffic was heavier then the previous days. The town of La Junta is mostly just a crossroads for buses and not really a destination. I received an offer to camp in the Red Cross building in town and with an 8:30 bus to catch the next morning I took it.

This is a great low traffic route through a rarely visited part of Mexico. At no time did I feel unsafe and I found the people I met to be as nice as any in rural America. For me, the best part was the rural dirt roads, the same roads that are tackled annually by racers during a mountain bike race from Cassas Grandes to El Largo Maderal.

Unfortunately during this trip I received word that my mom was in the hospital and so I made the decision to fly home to be with my family. As I type this I am back in Vermont and fortunately things are going well. I plan on being here until after Thanksgiving then I’ll fly back to the warmth and continue south.